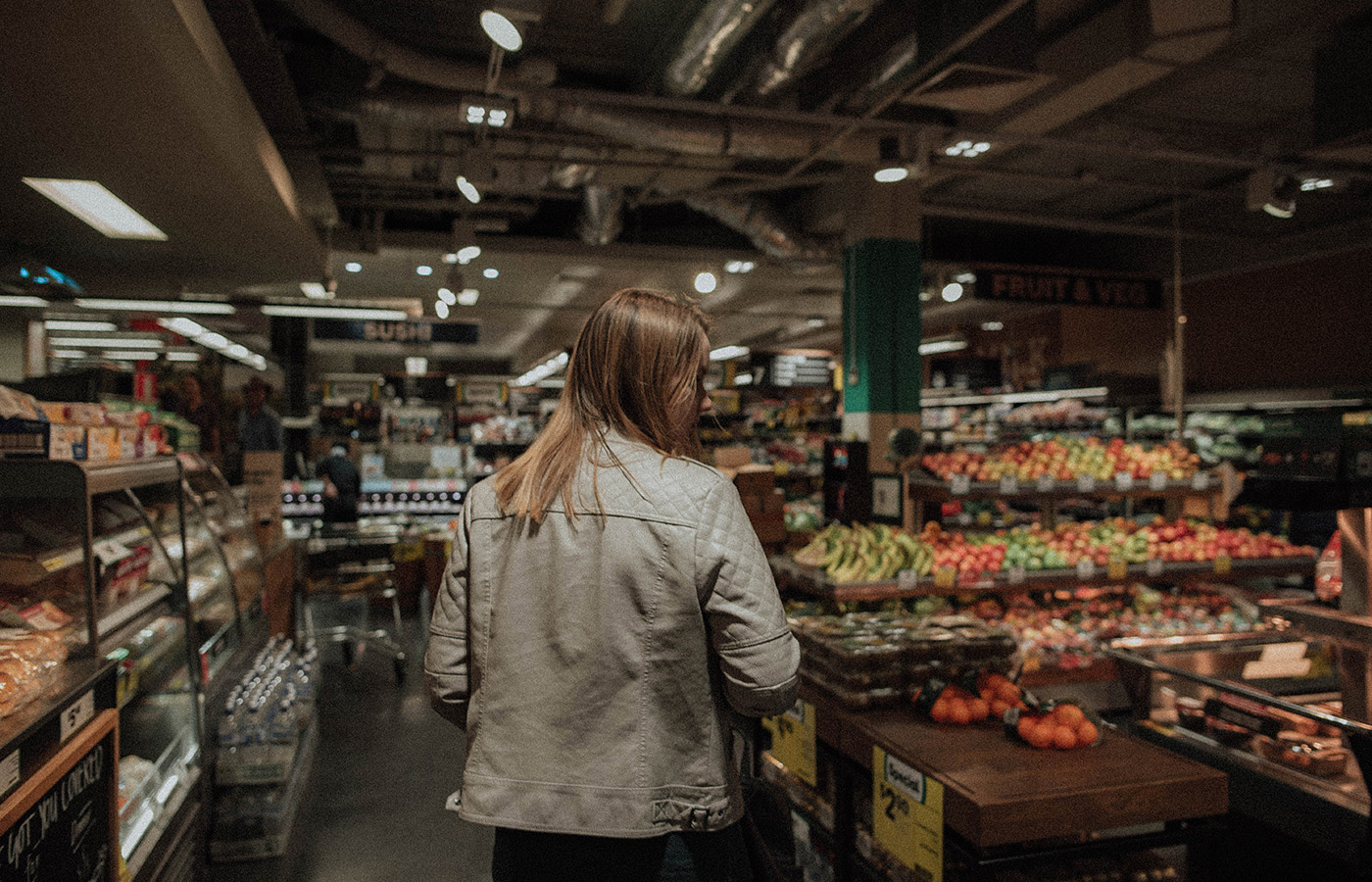 The time for change is yesterday. Consumers push for better health and a healthier planet.

From the buttons on your shirt and the shampoo bottle in your shower to the last bit of packaging you unwrapped, plastic is part of our everyday lives. According to a study published in Science Advances, humans have produced 18.3 trillion pounds of plastic since plastic became widespread in the 1950s. More than half of that has been produced since 2000, and it all remains in landfills or the environment.

Massive “garbage islands,” patches of accumulated plastic, have sprung up in all of our major oceans. The largest of these is three times the size of France. Still, plastic is not going anywhere anytime soon. It is here to stay. Not only does it take up to a thousand years to decompose, but as a species, we are still heavily reliant on this versatile, ubiquitous material. Disentangling ourselves from plastic will not be an easy process.

The good news: thanks to a growing body of scientific research—and therefore better-informed consumers—the process is already underway.

Over the past few decades, people have become increasingly aware of the hazards of plastic. For instance, when you buy a new set of food containers, you will see most of them labeled “BPA-free.” BPA, short for bisphenol A, is an industrial chemical used to harden plastics. While many federal agencies maintain that the effects of BPA on human health are unknown, the Environmental Protection Agency (EPA) began more seriously regulating BPA in 2016.

Popular thinking has also shifted as studies have revealed a slew of health complications linked to BPA. It is a proven endocrine disruptor, capable of interfering with the production, elimination, and function of our body’s natural hormones. Studies on laboratory animals have undoubtedly revealed reproductive harm, and more recently, BPA has been linked to male impotence. Another study from Brigham and Women’s Hospital revealed that BPA can affect how eggs mature in the human female. There is further evidence linking the chemical to heart disease, diabetes, and some cancers.

So, it comes as no surprise that people are opting for BPA-free products. However, that does not mean plastic products are any safer. There is a loophole. In a practice known as “regrettable substitution” BPA may be replaced by chemicals like bisphenol S (BPS) or bisphenol F (BPF). Even though these substances are suspected to have similar adverse effects, they have still been allowed on the market. This is in part because no federal agency studies these chemicals before they are released on the market.

It is a pretty sneaky tactic on the part of the companies who label their products as being BPA-free. They do so while neglecting to inform consumers that the substitute chemical has not been tested for the issues that BPA is known to cause. Additionally, bisphenols are not the only hazardous material found in plastic. Many additives are required to produce plastics, including chemicals like flame retardants, phthalates, and lead—all of which are known to have adverse effects on human health.

The CDC surveyed thousands of U.S. citizens and found BPA in 93% of urine samples. Their conclusion is that unintentional consumption of BPA is widespread. We are, after all, what we eat—and plastic has undoubtedly entered our food chain, primarily through fish.

THE COST OF PLANET PLASTIC

Plastic is most likely toxic to humans, and it is absolutely toxic to the environment. Seagulls may mistake a floating plastic bag for their favorite snack, a jellyfish; frogs exposed to BPA turn from one sex to the other; and the chemical has sterilized entire populations of fish. In turn, humans eat fish. Furthermore, plastic waste absorbs other pollutants. In a study from San Diego State University, scientists were surprised to discover that plastic continues to absorb toxins for up to four years.

That is a lot of damage inflicted by items that are typically used once. Single-use plastics include everyday items like water bottles, wrappers, takeout containers, and six-pack rings, just to name a few. These bits of debris remain in landfills or in our natural environment for hundreds of years. The latter is known as “white pollution,” and will literally come to define our landscape as it becomes layered into our sedimentary rocks.

It is not just methods of disposal that affects us. Methods of production can be hazardous as well. Plastics are typically made from fossil fuels like coal, natural gas, and petroleum. These materials are non-renewable and burning them contributes to global pollution. Non-renewable resources are easily affected by the market. Look at how volatile gas prices can be; when petroleum grows scarce, the cost of filling up your car soars. Plastic comes at a metaphorical cost, and soon, it will come at a literal cost.

Currently, plastic is less expensive to produce than most plastic alternatives, but many customers are willing to pay more for an eco-friendly and health-friendly product. Peter Cousineau, owner of Four Pillar Farms in Vermont, says “the consumer is willing to pay a little more for packaging to alleviate the guilt of buying produce in plastic containers.” It’s a hopeful trend, and the banner is being picked up by influential businesses all over the globe.

BUT WHAT ABOUT RECYCLING?

According to National Geographic, 91% of all produced plastic is not actually recycled. It is predicted that by the middle of the century, the ocean will contain more plastic than it does fish. Even if the global population did recycle more, recyclables are not the best solution to the world’s packaging problem.

For instance, California’s recycling infrastructure exemplifies the declining market for recyclables. In the past, the state exported close to a third of the recyclable materials it accumulated. Almost all of it was sent to China, where it was processed and turned into new products. In July 2018, China announced that it intends to ban all imported recyclables by 2020. Countries in Southeast Asia followed suit. This is in part because of rising standards regarding contamination. For instance, China is enforcing a strict contamination level of 0.5%. The average load of recyclables contains 25% contamination because one in four items placed in recycling bins are not recyclables. Even though people are attempting to do the right thing, they aren’t recycling correctly. Food, liquids, and bagged recyclables all contribute to issues with contamination.

The result is a declining market for recyclables. Now the Golden State is struggling to recycle its waste. In fact, recycling programs throughout the United States now face a huge problem: we have more plastic waste than we know how to get rid of.

THE RISE OF SUSTAINABLE PACKAGING

At one time, plastics offered benefits to many industries. Its durability, versatility, and affordability have had a significant impact in medical fields and in the food packaging industry, making it possible to save more lives and feed more people. It was a wondrous innovation. However, as new research exposes chemical dangers (and subsequent, irresponsible practices), new innovation is welcomed and needed. Consumers and companies alike are realizing that the resultant waste comes at the expense of our collective and environmental health. Companies that care are listening—and are taking proactive steps forward.

For example, McDonald’s has pledged that by 2025, 100% of their packaging will come from renewable, recycle, or certified sources. Likewise, the popular mineral water brand Evian promises that they will use 100% recycled plastic to create their water bottles. A number of Hilton hotels will entirely phase out plasticware used in F&B by the end of 2018. Even Ikea, with all its packaging and plastic parts, has made the pledge to use only renewable materials by 2030.

The United Nations Sustainable Development Goals spurred these initiatives, as well as made the general population more informed about the issues our world faces (including sustainable consumption and production). It is no surprise that companies with sustainable practices have a better public image and, therefore, may enjoy better profits. In Nielson’s 2015 Global Corporate Sustainability Report, it was revealed that 66% of consumers are willing to spend more on a product if it is sustainable. For Millenials, that number soars to 73%. Nielson concludes that brands committed to sustainability consistently outperform those that don’t. In other words, consumers want to do business with companies that are socially responsible.

It is significant when world-famous, trend-influencing brands like those mentioned above take a stand because there tends to be a trickle-down effect. As a result, the demand for sustainable packaging will continue to grow. Increasingly more businesses will rise to the cause and, consequently, we are seeing explosive development in bioplastics and other plastic alternatives—developments that are good for our health, our earth, and our businesses. To learn more about how sustainable packaging is transforming our world, view our Sustainability Report. 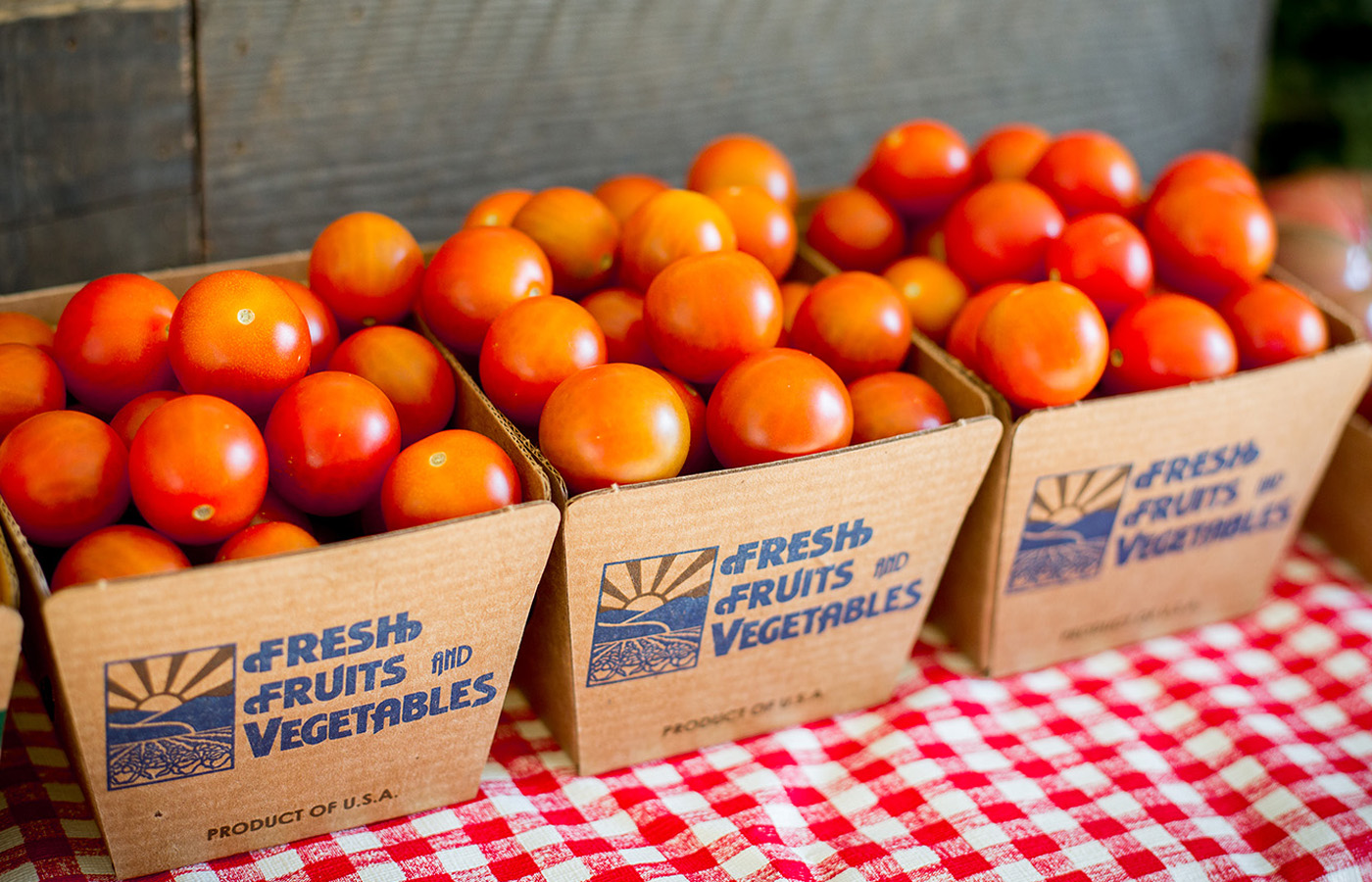 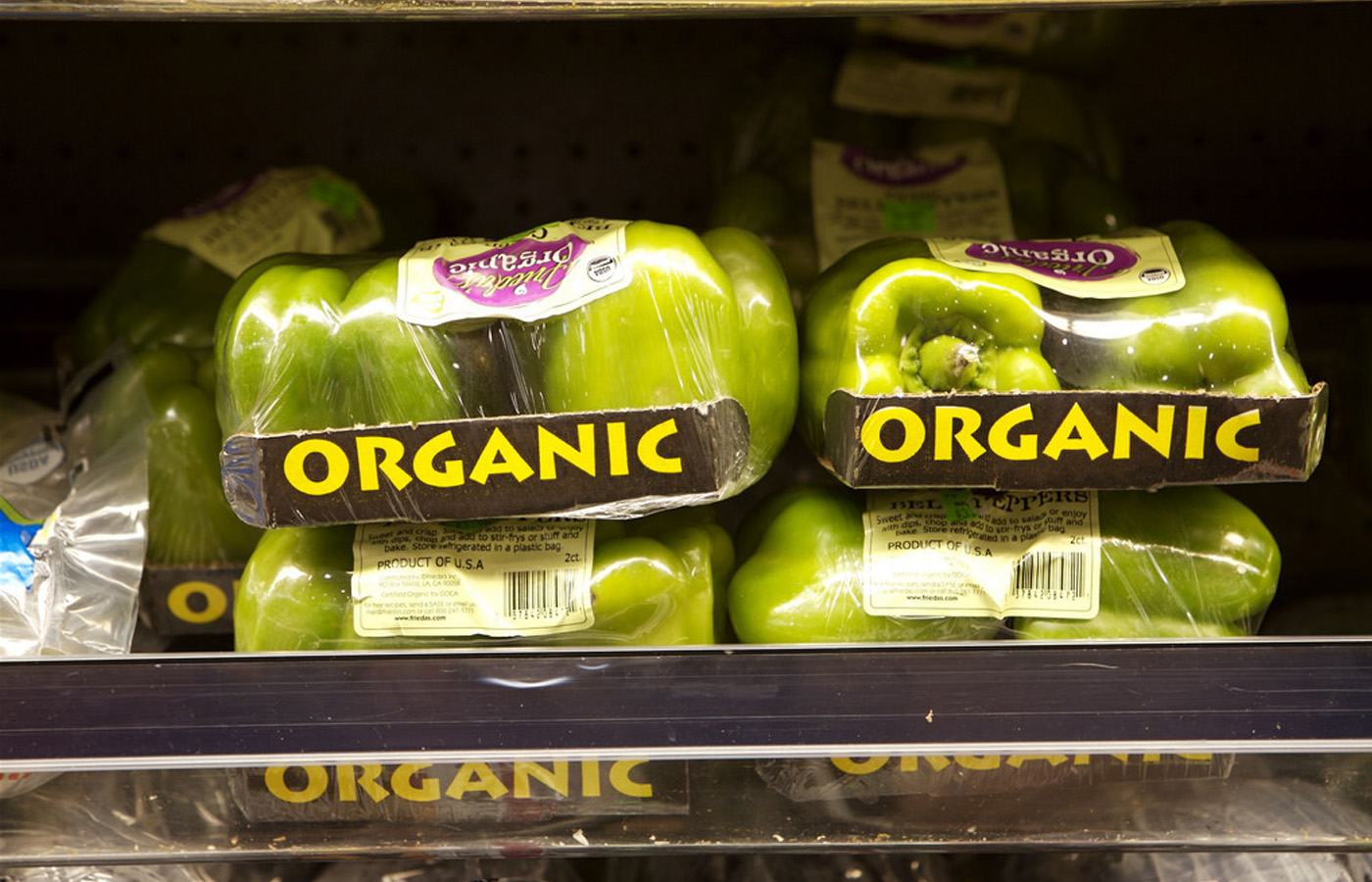 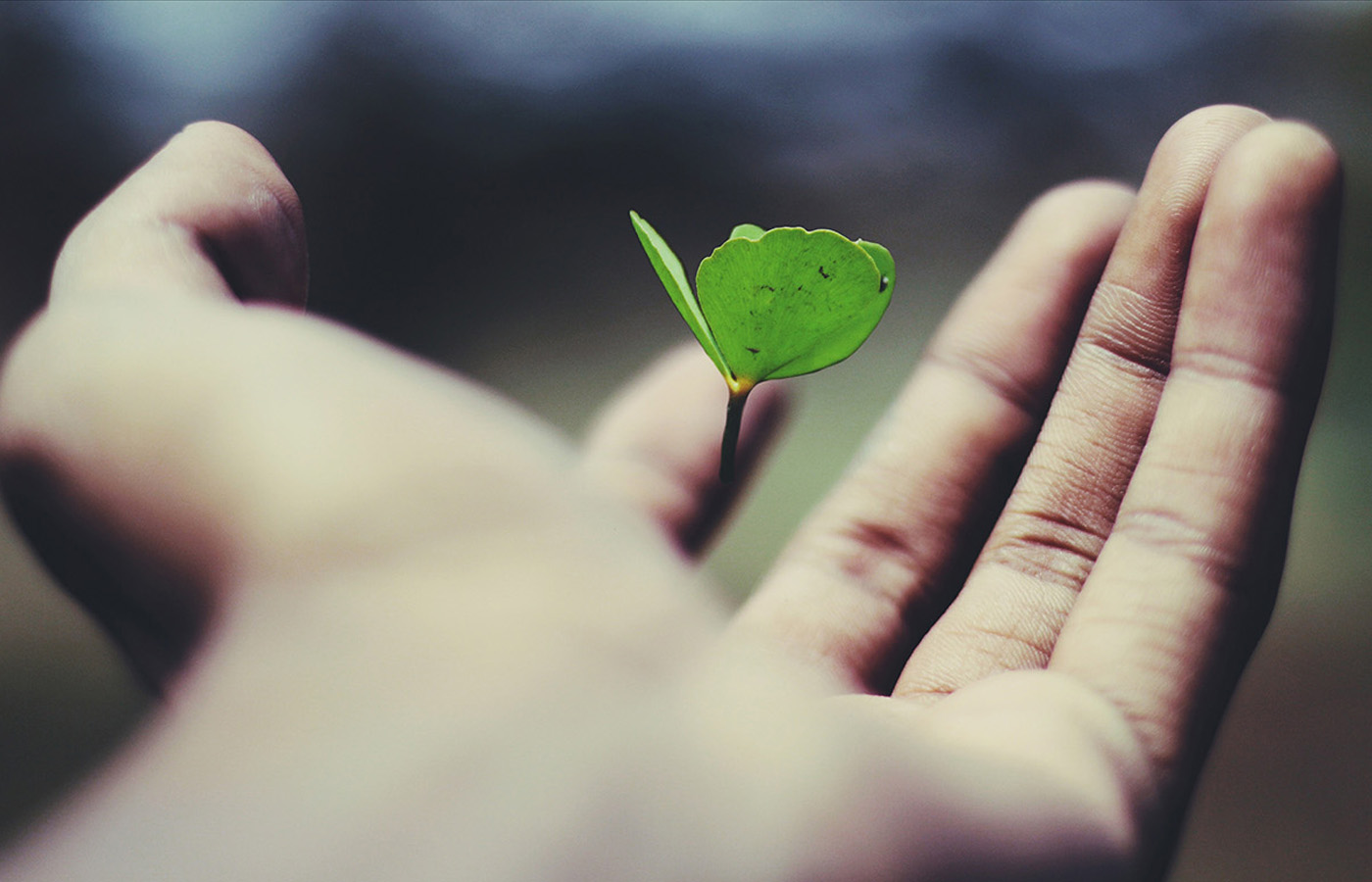 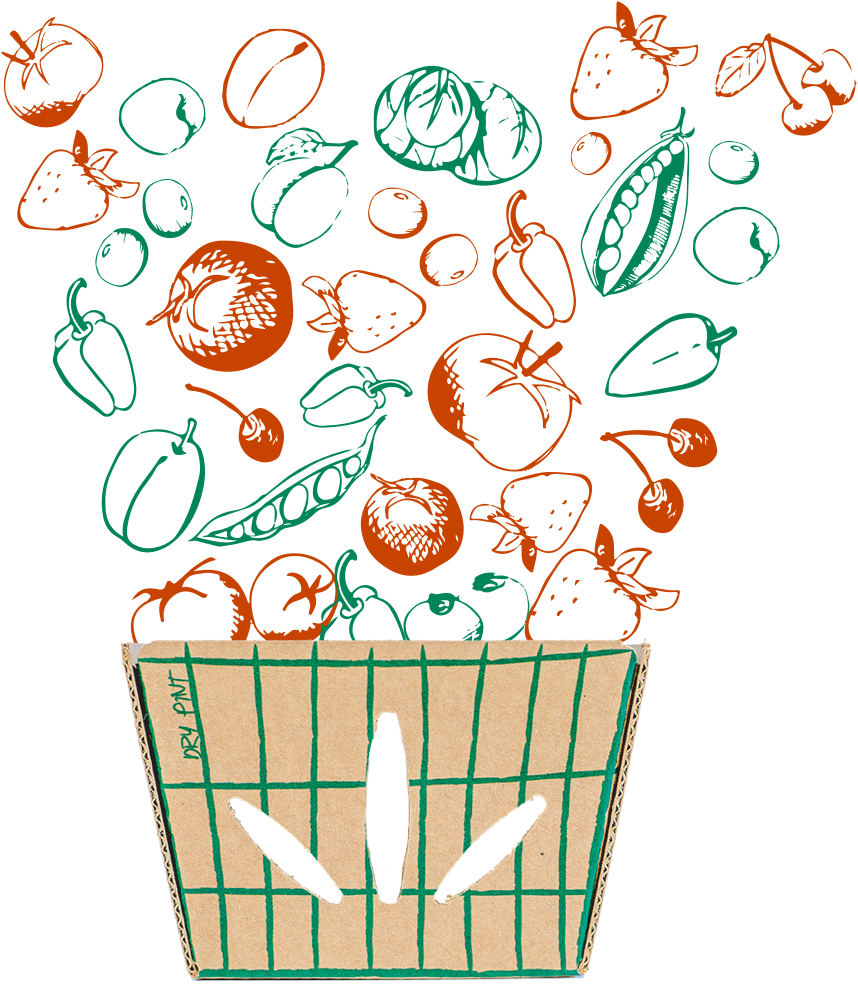